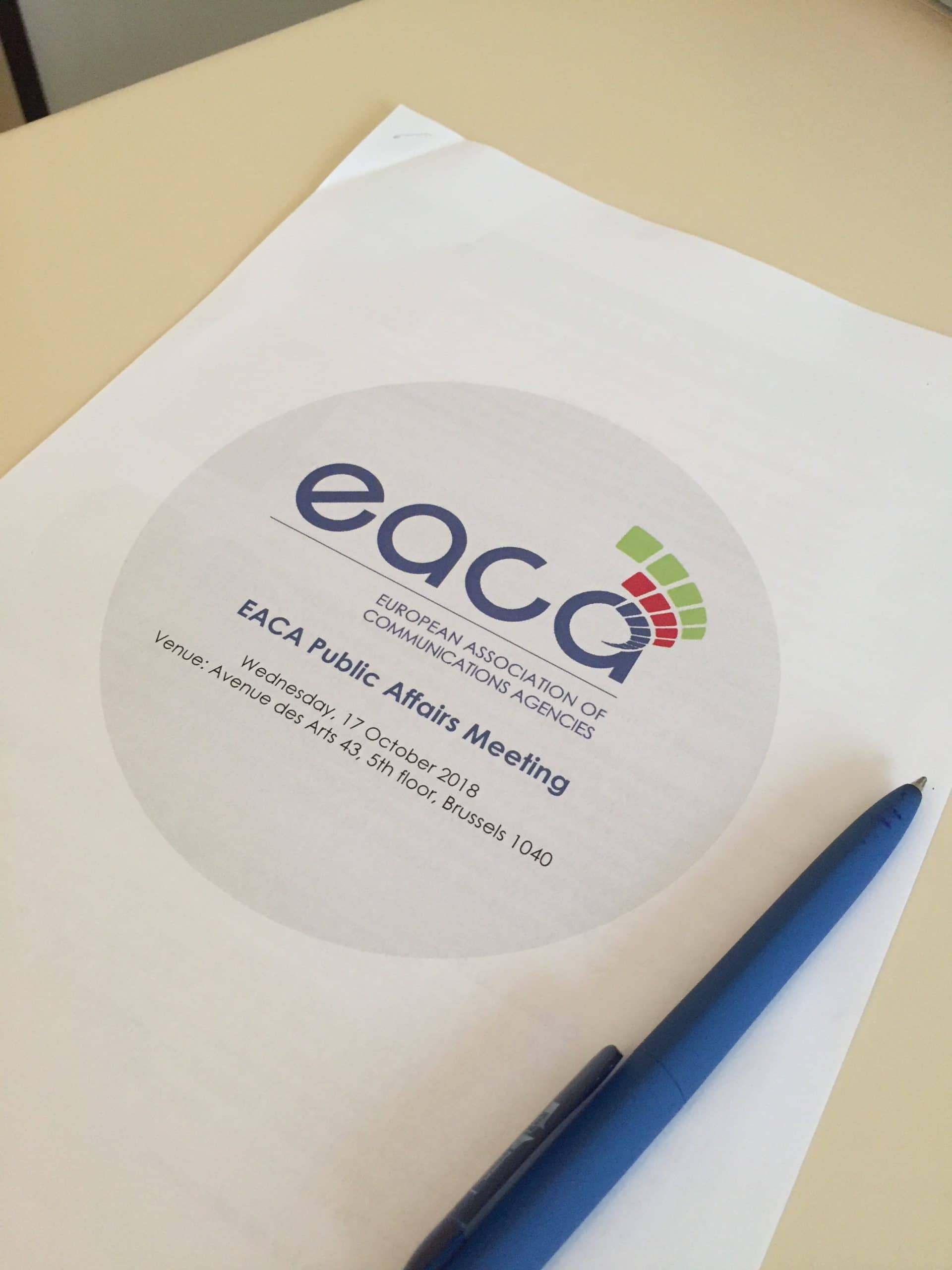 On 17 October, EACA hosted a Public Affairs meeting for its members in Brussels, discussing, among other things, expected changes to the EU political landscape in 2019 in view of Brexit and the European Elections.

Guest speaker Sean McGuire, Director of the Brussels office of the Confederation of British Industry, talked about the current negotiations of Brexit. He explained that the economy was not at all the topic of the Brexit referendum. Yet following the referendum, there are significant economic repercussions both for the UK and the remaining EU member states. Therefore, it is important to pay close attention to the business perspective and any related topics (e.g. migration of workers) in the ongoing negotiations.

In addition, there are some sensitive local questions (e.g. the Irish border) which are very difficult, but – for the deal to proceed – must be solved.

The second speaker, Roland Freudenstein, Policy Director of the Wilfried Martens Centre for European Studies, explained that there are two possible scenarios for Brexit, the first one being that it simply cannot work. The second one, which appears to be more likely, is that there will be a deal, but it will be ‘the most dramatic negotiation process that we have seen – with tears and fireworks’.

If the UK could cherry-pick the most favourable Brexit deal for them, this could open the gates for other member states to choose which rules they want to follow.

Freudenstein next spoke about the ‘Spitzenkandidaten’ procedure for the upcoming European Commission President. The European People’s Party (EPP), currently the biggest EU political party, will choose their candidate on 8 November, with the battle being between German Manfred Weber and Finnish Alexander Stubb. According to Freudenstein, the President is not likely to have a lot of consequences for EU-level decision-making relevant to agencies.

Finally, commenting on the possible composition of the next European Parliament, Fredenstein told the audience that we can expect to see stronger numbers of populist politicians who would like to close external borders. At the same time, they are rather unlikely to engage in their parliamentary work properly.