Brussels, 6 November 2017 – The sharp decline in business confidence in the European advertising and marketing sector during the first half of 2017 appears to have halted as business confidence grew slightly in the third quarter of the year, according to the latest European Advertising Business Climate Index, issued by the European Association of Communications Agencies (EACA).

The new report shows that business confidence in the ad industry increased from +2 in July 2017 to +3 in October 2017, following a first half fall of 16 points. 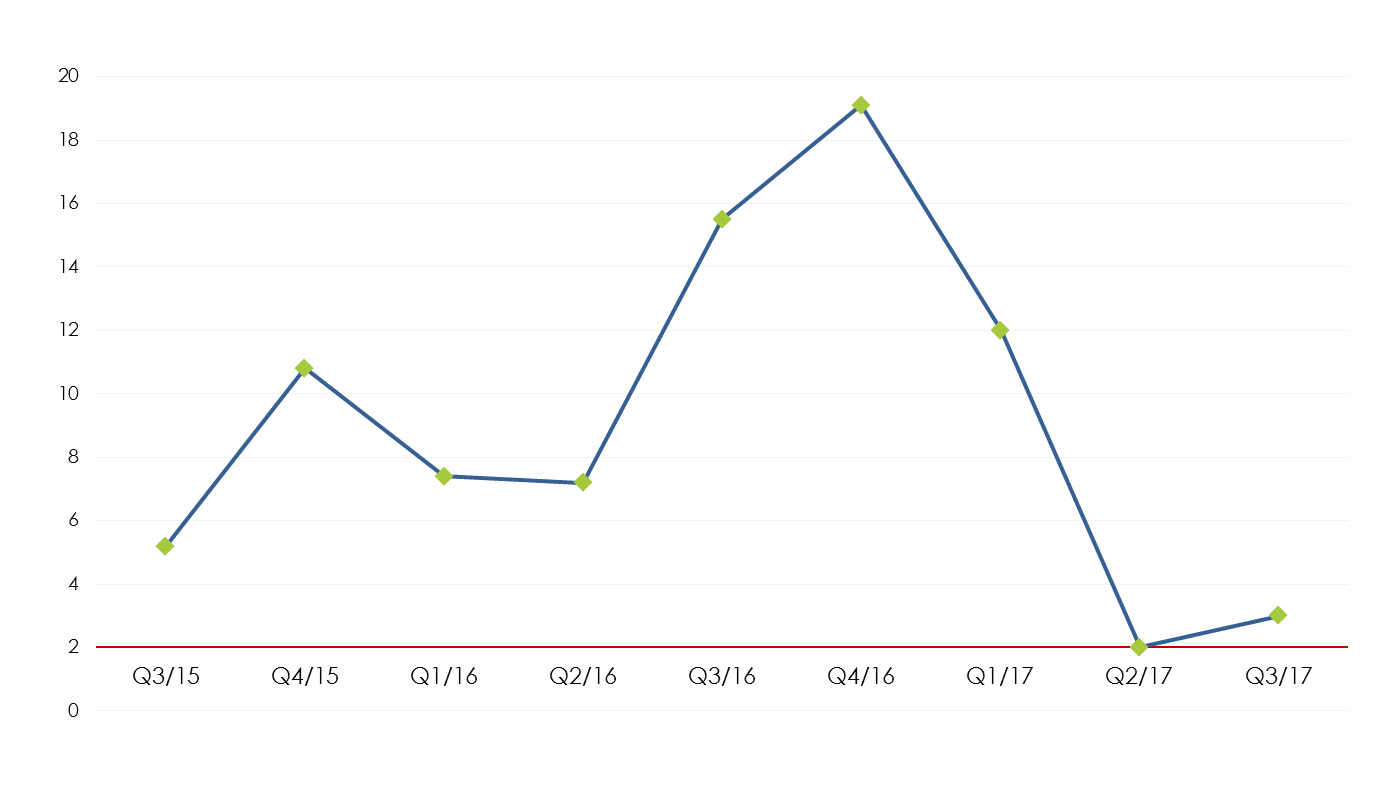 Although confidence levels improved in each of the four countries holding the largest shares of the advertising market in Europe, three of them, the UK, Italy and France, remain negative. The UK improved its confidence level from -29 in Q2/2017 to -17,9 in Q3/2017, Italy from -21 to -5 whereas France has stayed the same at -5. In contrast, business confidence in Germany rose from +23 to +29. Despite the more positive reading for the UK in October compared to July 2017, it is still the lowest confidence reading of all the EU member states according to the latest results. Germany, on the other hand, reports the highest level in Europe in October 2017.

The index shows that business development (-3) and evolution of demand for advertising services (-4) over the past three months have further decreased from the previous negative readings (-2 and -1, respectively). On the other hand, the demand and selling prices over the next three months are expected to increase noticeably (+10 to +16 and 0 to +9, respectively).

The employment situation in the ad industry seems better than before: the evolution of employment over the past three months has climbed from -1 to +5 between Q2 and Q3/2017. Conquently, the increase in employment has improved the overall business landscape. Insufficient labour force now constitutes only 9% instead of 14% (Q2/2017) of all factors limiting the growth of the ad business. However, employment in the Northern European countries and the Mediterranean is expected to weaken in the next quarter (+30 to +23, and +9 to +2, respectively).

Two countries that have improved their overall business confidence the most over the last quarter are Italy (from -21 to -5) and Cyprus (from -22 to +13). The biggest drops in confidence are experienced in Spain (from +22 to -6) and Sweden (from +33 to +18). However, together with Denmark, Sweden still makes Northern Europe the leading region in terms of confidence for price, employment and demand.

EACA will publish the next edition of the European Advertising Business Climate Index in January 2018.